I am a fan of the Bible, as literature. There are some great stories found in the pages of Holy Scripture. I know that the Bible is more than that, but it is that as well. The stories of Genesis, the Kings and Samuels and the Chronicles in the OT. Add to that Ruth, Esther, and the life of Jesus. Paul’s adventures make for some great reading as well. I love reading THE BOOK!

That said, parts of the Bible are challenging, not because they are complex (prophetic material and Job are examples of that) but because they are so specific that there is little application. Joshua has several chapters, OK maybe lots of chapters that fall in that category. When Joshua and Israel divided up the land and the specific borders are given, my mind just wants to explode. I know it was important for the tribes to know the areas they were given, and the dividing up of the land was the fulfillment of the promise to Abraham that his offspring would occupy this land. But my reading about places that I don’t know and can’t find on a map is a challenge. Dare I use the word ‘boring?”

Yet, read it I do. And in the midst of the mind numbing details I stumble upon a gem I would have missed. So it was with chapter 20, the cities of refuge. This is not my first time through these chapters and I suppose I gave thought to these cities before, but this time I stopped and considered them in a little more detail. These cities were not simply places to get away with murder, as some have suggested. In a world where retaliation was the norm, and escalation was prevalent, God provided places to go plead one’s case if there was an accidental death.

A safe haven was offered. That I remembered. What had slipped away was the trial. The elders of these cities were to hold a trial to determine if it was an accident or not. And there was time limit put in place, for the length of the high priest’s life. Once that was reached the refugee was allowed to go home, without consequences there.

The last couple of days I have given thought to the idea of a City of Refuge. Not in our physical world, but in the spiritual realm. One of the images used to describe heaven is as a city, with its gold and grandeur. That city is truly the City of Refuge. It is a place where we go to escape sin’s punishment. There are some big differences, whoever. Guilt or innocense was not a condition for admission. No one is innocent. And there is no time limit, forever it becomes our home. And it becomes our home. There is nothing to return to, nothing we want to experience or see again.

So one day, I will take my guilty self and present it at the gates of that great city, and find a new home, free from any guilt I may bring with me. I will be free from any penalty, Jesus already paid that. I will be a refugee from a broken and fallen world. Praise be to God for his grace. 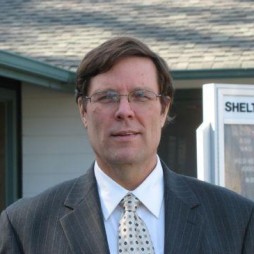